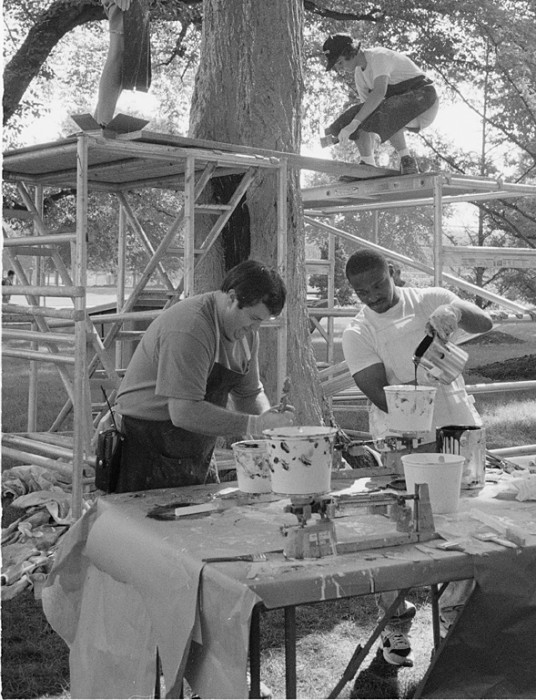 Office of Exhibits Central Modelmakers Paul Rymer’s knees, top left, and Carolyn Thome, top right, work on a mold to be cast into a beehive for the new Orkin Insect Zoo as Natural History Exhibits staffers Robert Gibson, left, and Anthony Bowden mix up the resin. (Photo by Laurie Minor-Penland, as featured in the Torch, November 1992)

September 10, 1993 The newly renovated Orkin Insect Zoo opens in the National Museum of Natural History. The popular Insect Zoo, a collaboration between public programs staff and museum entomologists, features a large variety of live insects and many hands-on activities to encourage visitors of all ages to learn more about our diverse natural environment. 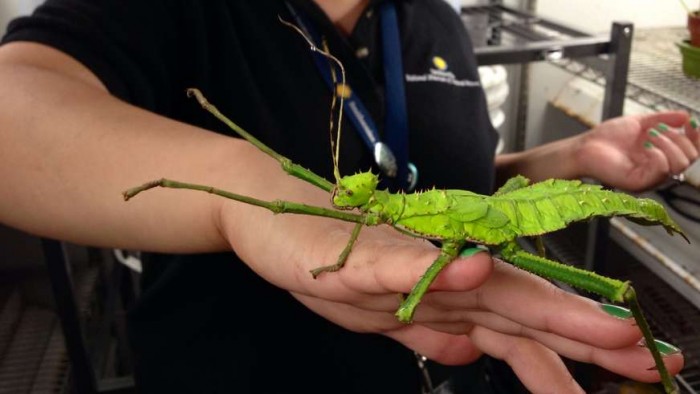 A jungle nymph at the O. Orkin Insect Zoo at the National Museum of Natural History. Heteropteryx dilatata, also known as Malaysian stick insect, Malayan jungle nymph, or Malayan wood nymph, is a large member of the Phasmatodea order of so-called stick insects. The jungle nymph is commonly kept in captivity, where it lives up to two years.

Forget Cheerios for breakfast–termites are delicious and nutritious