Home News & Announcements For Barbara Faust, the grass is greener on both sides

“A last he rose, and twitched his mantel blue:
Tomorrow to fresh woods, and pastures new.”
—John Milton

After 42 years, Barbara Faust, director of Smithsonian Gardens, has announced her retirement. Andrea Martin shares some highlights from Barbara’s long and successful career.

Barbara Faust’s career at the Smithsonian started 42 years ago. Jimmy Carter was president, the Apple II computer featuring 4 KB of RAM had just been released, the National Air and Space Museum was the new attraction on the National Mall, and the Smithsonian’s Office of Horticulture welcomed temporary employee Barbara Faust. Now, four decades later, Smithsonian Gardens Director Barbara Faust prepares to retire and reminisces about her not-so-temporary, impressive career.

The Office of Horticulture, as it was then called, was rather new itself in 1977. Created in 1972, it was established to care for the grounds of the Smithsonian museums in Washington, D.C.. Faust had recently graduated from Virginia Tech with a degree in horticulture, hadn’t yet mapped out her life plans, and was looking for a job. A college roommate gave Faust the idea to look into the Smithsonian as a place to work. Before long, she’d set up an informational interview with Deputy Director Jack Monday who encouraged her to apply to a temporary position. She was selected, and started on December 4, 1977. The rest, as they say, is history – but what a history it is!

“I never really thought I’d stay for 42 years. The fact that the Smithsonian is such an interesting organization that’s ever-changing just kept me wanting to continue year after year,” explained Faust when asked if she anticipated spending her entire career at one organization. Ever-changing is the perfect way to describe Faust’s time at the Smithsonian.

In her first position, she was kept busy caring for the plants inside the museums across the Institution. This gave her behind-the-scenes access to the inner workings of world-renowned museums, something that has hooked many an employee. It wasn’t long until she was offered a permanent position as a Wage Grade gardener in the Smithsonian’s greenhouse facility. At that time, the Smithsonian greenhouses were leased from the Armed Forces Retirement Home in Northwest D.C, greenhouses that Faust described as “falling down around our ears.” 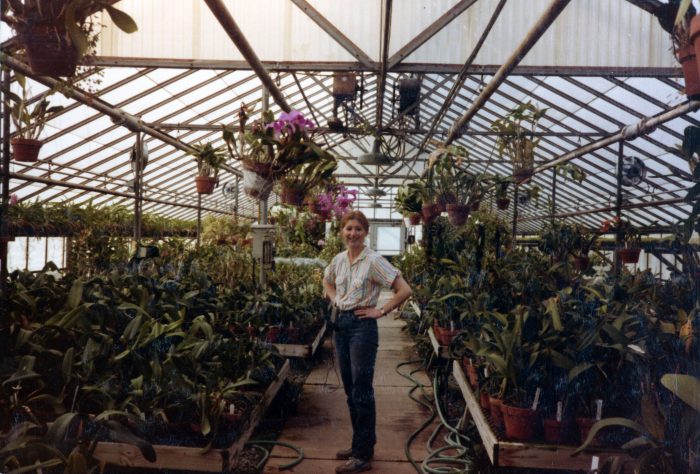 Even in a less-than-ideal facility, the work was gratifying and Faust stayed for 27 years, moving up to foreman, then supervisor, and eventually Greenhouse Manager. Being part of the team that oversaw the replacement of the old greenhouses with a new, state-of-the-art complex was a major achievement for Faust and considerably improved operations for Smithsonian Gardens. 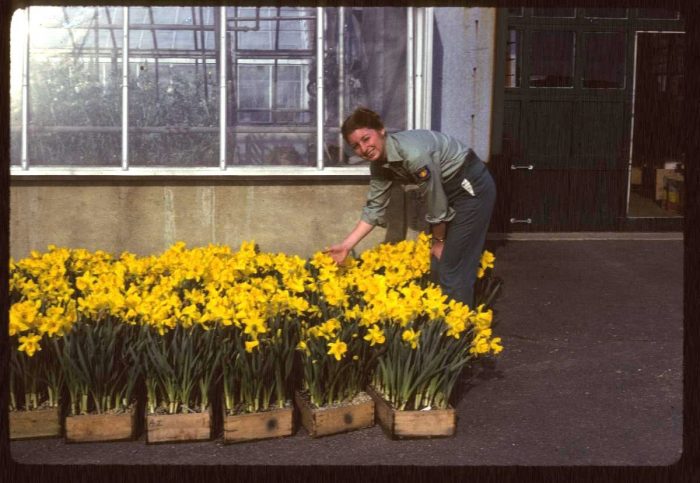 “Being a part of the planning and design of our new facility, which was completed in 2010, was a highlight of my career.” Faust has great reason to be proud of that achievement. The new facility, adjacent to the Museum Support Center in Suitland, Maryland, boasts 14 climate-controlled greenhouses, all with computerized environmental controls, a far cry from what Smithsonian Gardeners had to make do with at its previous facility. 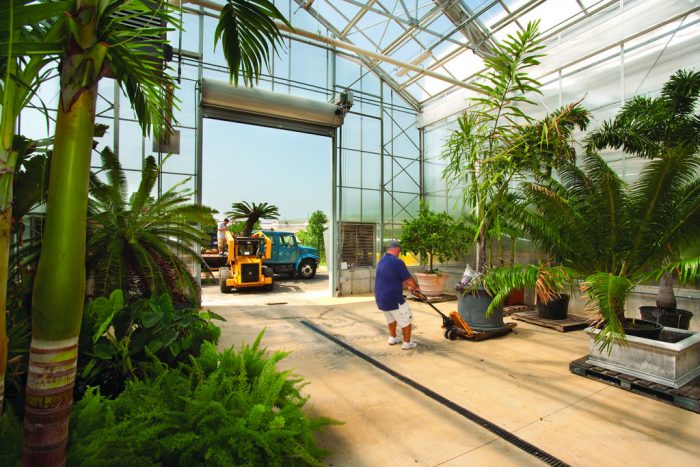 After serving as Greenhouse Manager, she was named Associate Director of SI’s Horticulture Services Division in 2004 before being made Smithsonian Gardens Director.

When Faust started with the Smithsonian, she was just one of two or three female employees in her branch. “As a woman in what was then considered a man’s field, we had to prove to the guys that we could do the work” she said. Proving herself when she was clearly deserving of the position was just one hurdle she had to face because of her gender. 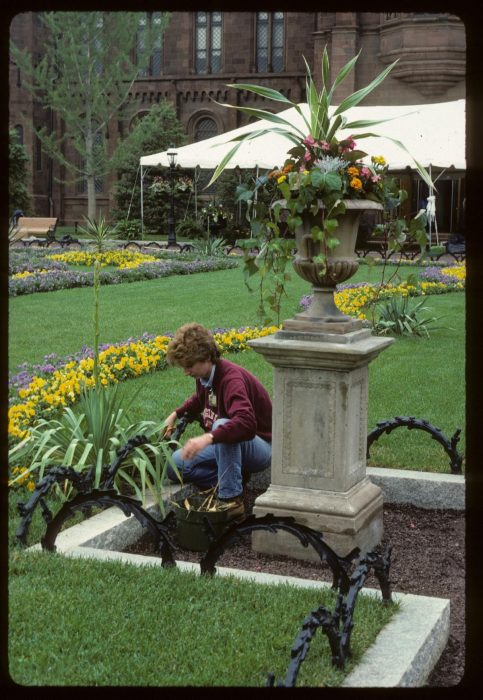 Working in the Enid A. Haupt Garden (courtesy Smithsonian Gardens)

As she explained, while working mothers weren’t exactly rare at the time, they also weren’t as common in the horticulture field as they are now. “My male coworkers were either very protective, or thought I was crazy,” Faust said of the attitudes of her coworkers as she worked a physically demanding job while pregnant with her children. The challenge only increased when her children were born. Things were different then. Sick time couldn’t be used for a child’s illness, so annual leave had to be taken whenever the kids were sick. That impacted how often she could take vacations with her children. Even finding reliable childcare was more difficult and management wasn’t as empathetic to the needs of working mothers as they are now. However, through the course of her career, she’s seen major improvements.

Smithsonian Gardens staff is now roughly 50/50 in terms of male and female employees. Policies for working parents have improved significantly, and an understanding of their needs–especially those of women–has increased. That’s due, in no small part, to the experiences of the early women and mothers in the workforce, something that Faust fully agrees with, saying, “I do think my generation helped blaze the trail for the generation of working mothers that followed us.” 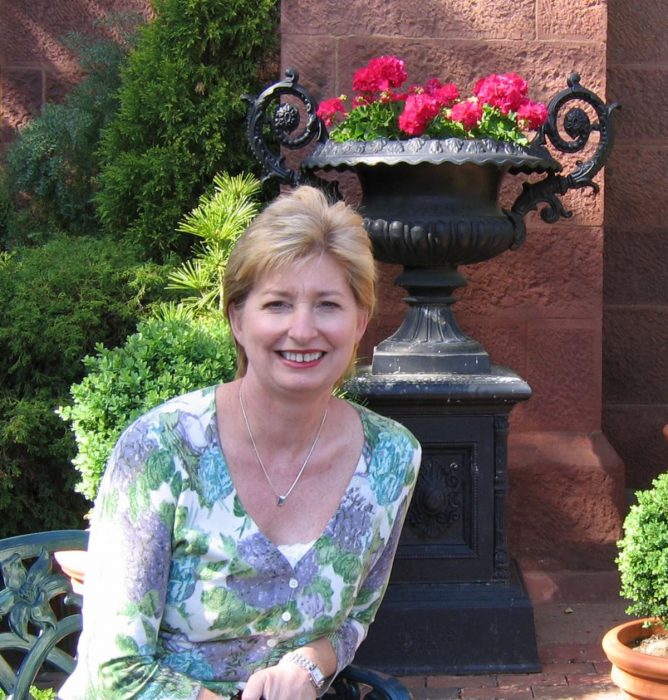 Another change, which seems small, but was a major undertaking, was changing the name of the Horticulture Services Division to Smithsonian Gardens. While it seems simple, straightforward, and reasonable, it’s often the little things that require the most work. Faust learned quickly about the layers of bureaucracy that must be navigated and cut through in order to rename a well-established office at the Smithsonian. The name change was made official in 2010.

The culture of Smithsonian Gardens also changed over the years. Initially, management made the decisions, instructions were given, and employees carried out assignments. There was little room for staff to voice opinions and they didn’t have the opportunity to contribute ideas that could sway decision-making or even influence the organization as a whole. Faust’s management style didn’t follow that old method. 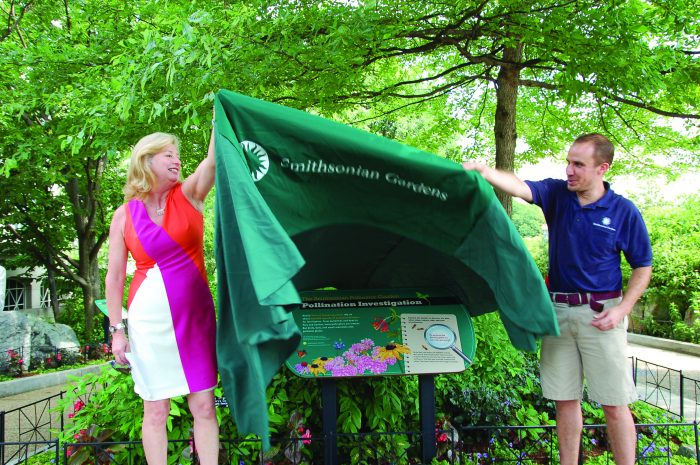 The grand opening of the Pollinator Garden in 2016. (Courtesy Smithsonian Gardens) 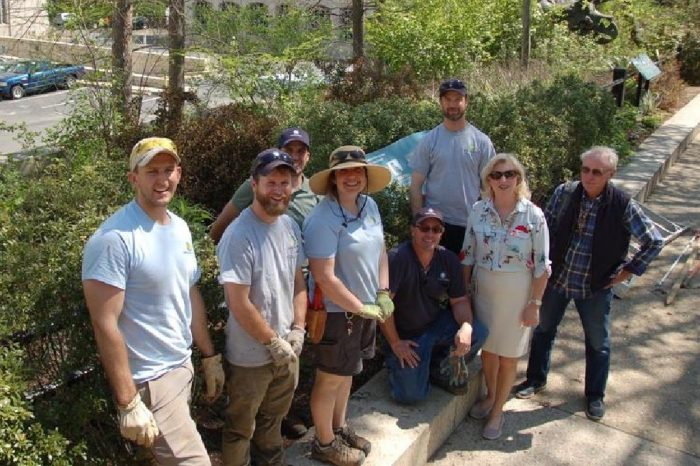 Barbara Faust in 2018 with Smithsonian staff who created and maintain the Pollinator Garden. (Courtesy Smithsonian Gardens) 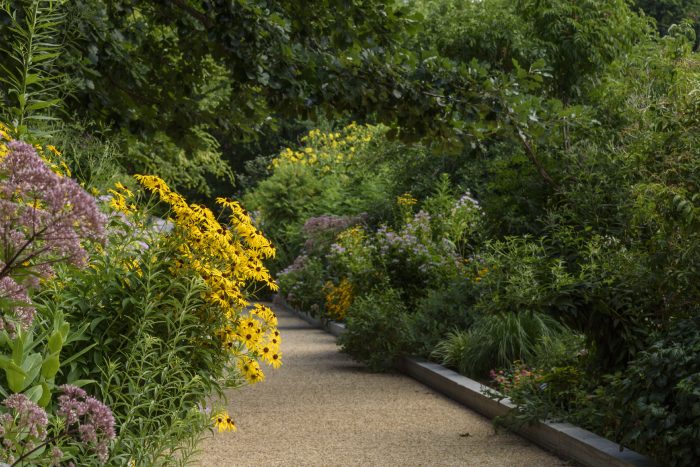 “Allowing individuals to express their creativity and be innovative, I believe, has been the key to moving Smithsonian Gardens forward as an organization” she said. It’s clearly working.

Smithsonian Gardens is now an organization that maintains more than a dozen gardens and landscapes across 180 acres, operates a thriving greenhouse facility, develops exhibitions and educational programming, manages and curates collections as diverse as orchids and trees to an archive of American gardens to garden furnishings, actively focuses on sustainability, and to top it off is responsible for structural pest management across the Smithsonian campus.

But Smithsonian Gardens’ biggest achievement, by far, during Faust’s tenure is receiving accreditation from the American Alliance of Museums. This recognition means that the Smithsonian Gardens are not just pretty grounds, but a museum in their own right. 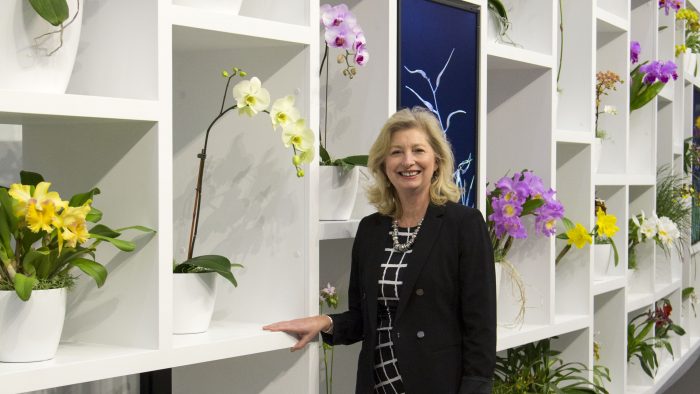 Smithsonian Gardens is often the first museum our visitors see and experience. From lovely roses to grand gardens, native landscapes and pollinator plants to habitats and horticultural displays, the gardens engage, inform, and inspire millions of visitors to the Smithsonian museums each year.

Faust explained that because of the accreditation (and the hard work that made it possible), “Smithsonian Gardens has so much potential for growth as a global leader in the public garden and museum field.” 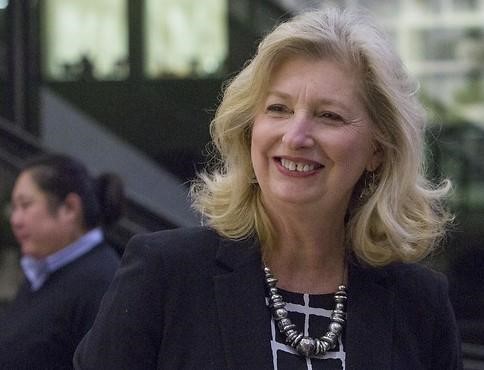 Now she is shifting her focus to retirement. She plans to tackle some unfinished projects, like cleaning out her attic, spend time working in her own gardens, catch up with friends, and travel and volunteer more than she’s able to now. But her top priority will be spending more time with her family, including her grandson, Jack.

Leaving is never easy (even when you have a grandson to dote on) when your work has built the comradery that Faust has nurtured over her long career. “Hands down I will miss the people,” she said, “from interns to volunteers to contractors to my coworkers, I will miss sharing the good times and bad times with the incredible people associated with Smithsonian Gardens and the Smithsonian as a whole.”

When she looks back on the last 42 years, she hopes others will remember her as someone who moved “Smithsonian Gardens forward both in its status within the Smithsonian and the world” and hopes she “will be seen as leading Smithsonian Gardens from a service organization to a destination and a museum in its own right.”

Barbara Faust’s career of hard work on behalf of the Smithsonian has paid off. Smithsonian Gardens’ reputation with the community, visitors, and donors has increased exponentially under her leadership. Motivated and engaged staff actively shape the future of the program. While she will be greatly missed, the successes and achievements she has championed ensure that she leaves behind a lasting legacy that will positively influence Smithsonian Gardens for years to come.

Our Smithsonian: Won’t someone think of the philodendrons?

For Barbara Faust, the grass is greener on both sides