A group of tech-savvy teens and a cute little robot spent the summer working together to create a new kind of experience for Smithsonian visitors.

Over the summer, the Office of Visitor Services recruited a group of 12 enthusiastic high-schoolers to program Pepper, a humanoid robot capable of recognizing emotions and adapting to behaviors in response to one-on-one interactions. As a strolling ambassador interacting with visitors to the Smithsonian Castle, Pepper tells stories, answers questions, dances, plays games, and poses for selfies, in large part, because of the efforts of this innovative group of teen volunteers.

The group began their journey in June, visiting Smithsonian museums in Washington, D.C., to research possible story topics for Pepper to share. After compiling their findings, the teens worked in small teams to write and edit engaging stories about the Smithsonian’s different museum collections. 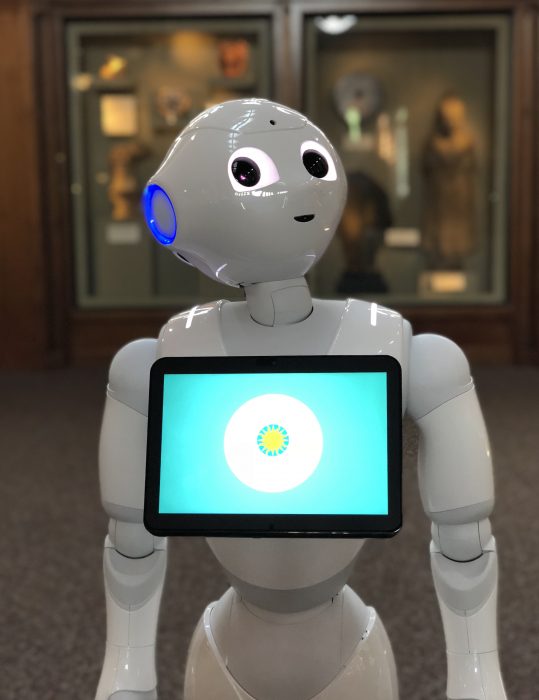 Six Smithsonian museums have deployed the humanoid Pepper robots in an experimental program to test how robot technology can enhance visitor experiences and educational offerings. (Photo by Sarah Sulick)

Once perfected, they then programmed these narratives into Pepper’s computer brain, instructing her to relay those stories to Smithsonian visitors she encountered while strolling (rolling) around the Castle. The most challenging component of the program was creating tales that were told in a fun and suitable robot tone and voice.

The teens made the most of their time, becoming master wordsmiths and writing and programming 117 distinctive stories! Immediately after Pepper’s programming was completed, she was brought into the public space of the Castle to tell her stories and interact with visitors.

While learning the intricacies of computer programming, the teens went on a field trip to ArtLab+ at the Hirshhorn, the Smithsonian’s digital education center for teens. There they met with Creative Technologist Ian McDermott, who showed them how to program a different type of robot using unique coding software. With that software, they experimented with how Pepper can move and act in a variety of ways. 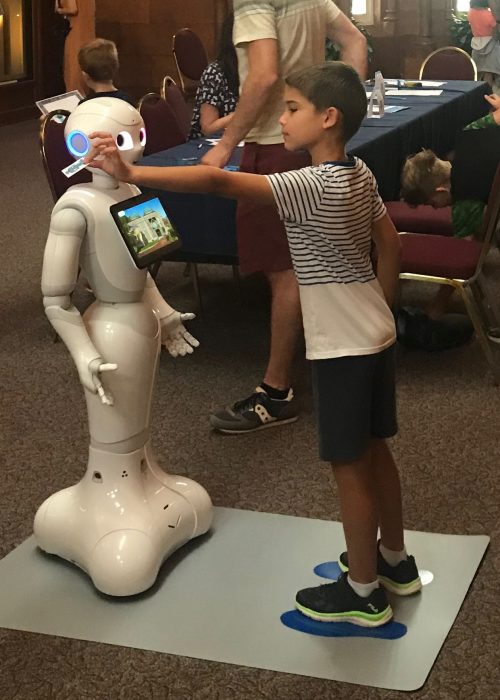 A young visitor interacts with Pepper the Robot during “Playtime with Pepper,” sponsored by the Office of Visitor Services. (Photo by Savannah Loebig)

In August, the teen volunteers and Office of Visitor Services staff hosted a public event, Playtime with Pepper. at the Smithsonian Castle. During this program, the teens facilitated family-friendly activities, talked to visitors about Pepper’s story-telling capabilities, and shared their Smithsonian summer experiences.

This very successful volunteer program taught its participants research skills, content creation and creative writing. It was also just plain fun, according to the teens. Following the completion of the program, one participant wrote to let the Smithsonian’s Office of Visitor Services staff know how much she “miss[es her] time with Pepper and at the Smithsonian – what a great experience!” 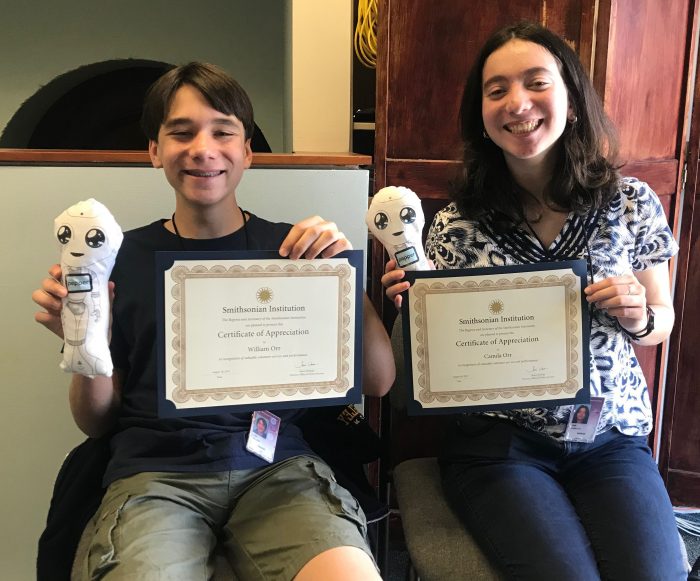 Volunteers William and Camila Orr with the appreciation gifts they received for participating in the Teen Pepper Program. 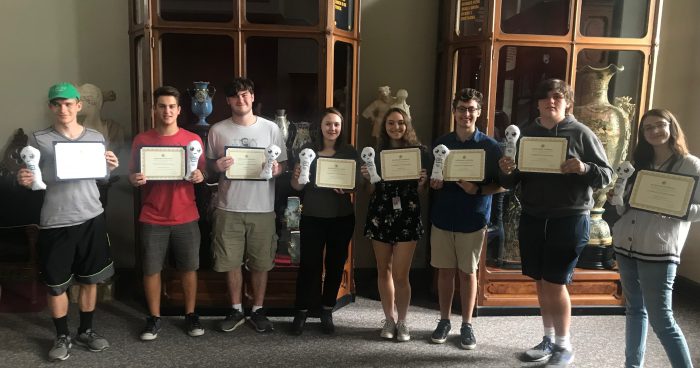 To hear some of the fascinating stories the group wrote this summer, head to the Smithsonian Castle and keep an eye out for Pepper the Robot! Her daily schedule can be found online at www.si.edu/visit/pepper.

A peck of Peppers prepare for parameter-pushing public program

About the Author: Savannah Loebig

Savannah Loebig has been with the Office of Visitor Services since 2018. In her free time Savannah is an avid reader, amateur chef, and an artist. You can check out some of her work in ‘Artists at Work’ a Smithsonian Staff art show located in the Dillon Ripley Center.