Home Feature Stories From pagan magic to cancer cure? The mysteries of mistletoe

Many of us associate mistletoe with the annual tradition of hanging it in the doorway in hopes of a Christmas kiss, but that lingering whisper of old Norse mythology is just one aspect of this intriguing plant that exists all over the world. 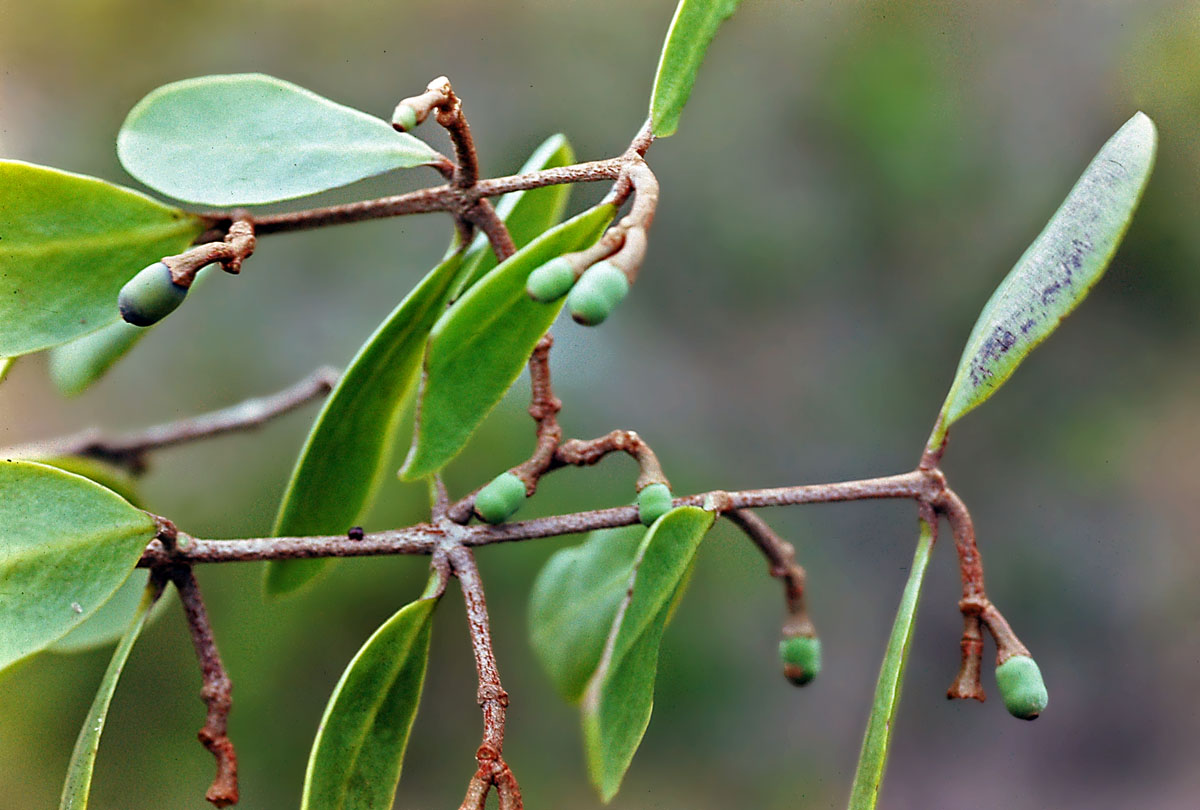 Marcos Caraballo of the Smithsonian’s National Museum of Natural History is an expert on mistletoe; his latest project is creating a new key to certain species of these parasitic plants found only on islands in the Caribbean. Unlike North America, home to five native species of leafy mistletoe, the Caribbean is a botanical hotspot where at least 32 native mistletoe species grow, all members of a single genus, Dendropemon.

Mistletoe are plentiful and a keystone resource in many tropical forests around the world, bushy arboreal plants that form special habitats for insects and animals and food for birds. One issue is that their taxonomy is unclear, their species diverse and characters so variable that even experts don’t know where to draw the line between different species.

John Barrat spoke with Caraballo, a native of Puerto Rico and one of the museum’s Peter Buck Postdoctoral Fellows, about Caribbean mistletoe and why these plants fascinate him so.

With 32 different mistletoe species native to the Caribbean, has it been difficult to sort them out?

Caraballo: In the beginning it was difficult because the different species were confused and mixed together in published studies. I initially worked with a monograph on this Caribbean group based on dried museum specimens, some of which had been collected 50 years to 100 years ago. The dried plants look similar and it is difficult to tell them apart.

Since then, I have gone to the field and studied them for years. When you see them fresh their coloration is very different, making it easier to differentiate between species.

Caribbean mistletoe have wide variation of berry coloration—green, yellow, white, orange, pink, red—and a wide variation of flower size and colors. My hypothesis is they have more selective pressure than continental areas to attract pollinators and it contributes to this variation in coloration.

I am now preparing a new monograph with an updated key and descriptions of the different species, color photographs and drawings, what islands they are found on in the Caribbean, maps of where they are found on the islands, the habitats they use, their host trees, and how they relate to each other. 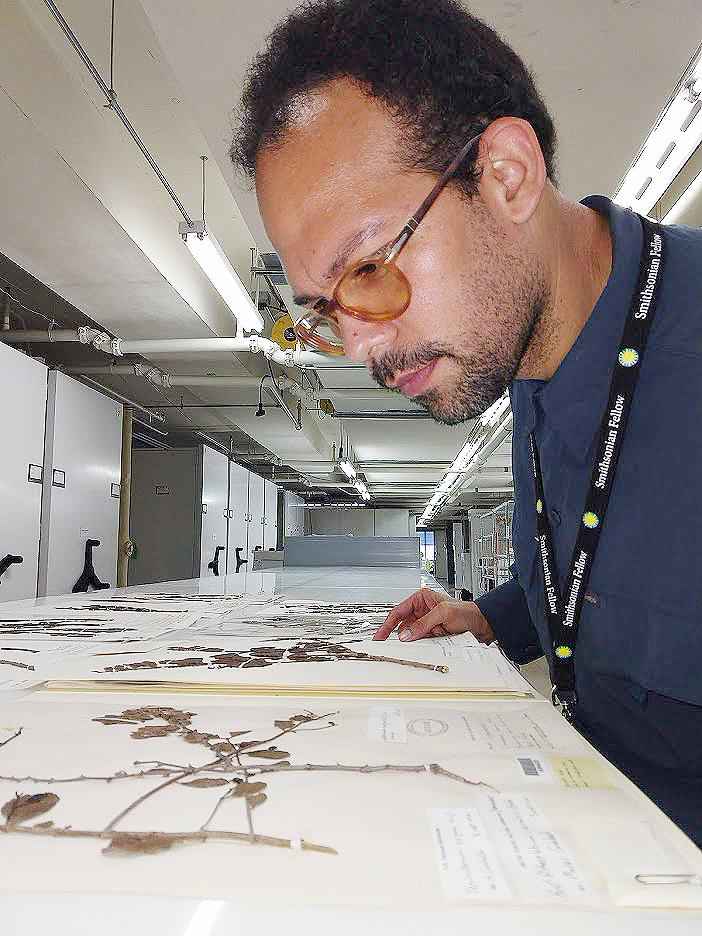 How does mistletoe spread from tree to tree?

A mistletoe seed germinates the moment it is plucked from its plant. In the Caribbean, mockingbirds and kingbirds are the most important dispersers of many mistletoe species although many birds eat them. Within an hour after being swallowed, a seed is either defecated or regurgitated. With luck it lands on a tree branch. Seeds that fall to the ground die.

A mistletoe seed is covered in a sticky fiber called viscin that helps it attach to a branch. Viscin dissolves the tissue of the branch where the seed touches. A tiny root emerges from the seed, penetrates the vascular layer of the branch with enzymes and begins to absorb water and nutrients. This all happens in about a week.

How long does a mistletoe plant live?

Most of the mistletoe I study live between 5 to 8 years. They take usually 6 months to one year to reach a reproductive age and then produce many flowers and fruits till they begin to die after 5-6 years to 8 years.

In a recent survey in Puerto Rico we found a species of mistletoe, D. caribaeus, growing on seven different species of woody tree. The vast majority, [95.5 percent] were found living on fiddlewood trees (Citharexylum spinosum) growing along fences and open pastures. There are usually few hosts on which a specific mistletoe can grow large and strong enough to produce flowers and fruit. 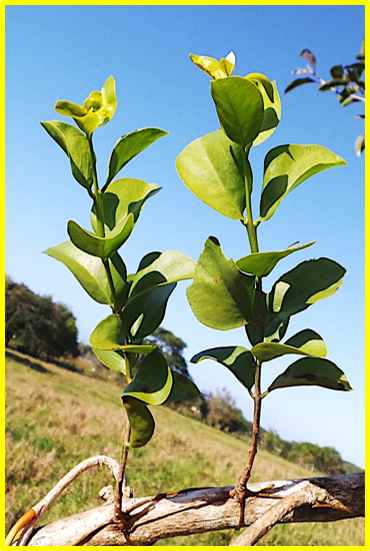 Mistletoe grows all over the world, including the Caribbean.

Can mistletoe kill a tree?

The Caribbean genus Dendropemon is a Greek word that means “tree threat.” Some trees seem very susceptible to mistletoes and the mistletoes growing on them can be huge. In these cases they create a negative pressure inside the tree that forces water into them, and away from the tree. Too many mistletoe can kill a tree, but a few here and there do not.

A suitable tree host can allow a mistletoe to grow quickly and produce flowers and fruits in its first year. In most cases mistletoe are a small size and don’t kill their host tree.

In the United States mistletoe is strongly associated with the holidays. Is this the same in other parts of the world?

Yes, and in Europe mistletoe is also studied for its anticancer properties. Google “mistletoe” and “cancer” and you will find hundreds of papers and studies because some mistletoe contains strong compounds that kill rapidly dividing cells. These studies focus mostly on one species European leafy mistletoe.

In the Caribbean people use them for local bush medicine.

We don’t know actually what these compounds are used for by the plant. We think it might be to avoid being eaten by insects and other animals. While the seeds are eaten by birds you rarely find a mistletoe with leaf damage, even though nearby the leaves of its host have been damaged by beetles, for example. Maybe somehow its toxic compounds are related to that. 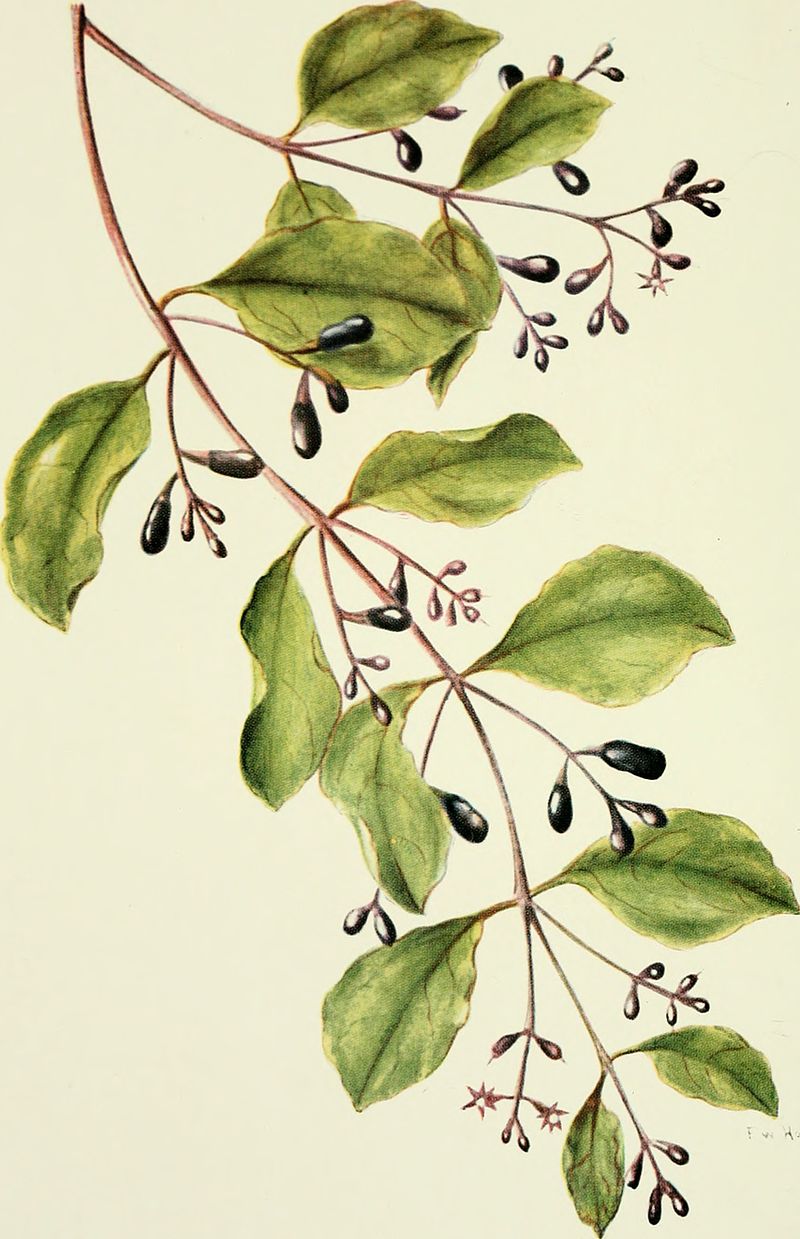 What else have you learned?

Some mistletoe species are very sensitive to their habitat. For example, Hispaniola has a wide topographic profile, it has highest mountain in the Caribbean. Some mistletoe grow on the mountain only in high elevations and you don’t find them below 2,000 meters. Others grow only right in front of the sea, and as soon as the elevation increases they are no longer found even though their host trees grow there. It seems species adapt to specific habitats and cannot cope with changes in increasing humidity, solar radiation or some factors we don’t still understand. Mistletoe seems to be most sensitive especially in its early stages, when it is a seedling.

My postdoc studies at the Smithsonian focuses on learning the origin of the Caribbean Dendropemon mistletoes by comparing them with related genera from Central and South America. We aim to understand the possible routes they took to colonize the islands and the factors related to their diversification. I am also studying the evolution of chloroplasts in mistletoe, as they are parasitic plants and don’t necessarily use all of the genes that a normal plant uses.

Garden Stories: A celebration of gardening

Attack of the killer kudzu!

If it ain’t broke, don’t fix it