Home Collaboration Education & Outreach Citizen scientists: You don’t have to have a doctorate to help heal the Earth

From exposing the secret lives of mammals to protecting native orchid growth, citizen scientists strengthen Smithsonian conservation around the world.

The reintroduction of a herd of oryx, once extinct in the wild, to their native habitat in Chad. Pioneering efforts in cryopreservation to grow new coral reefs and protect oceans. Research on reforestation techniques that could change the lives of millions throughout the tropics. 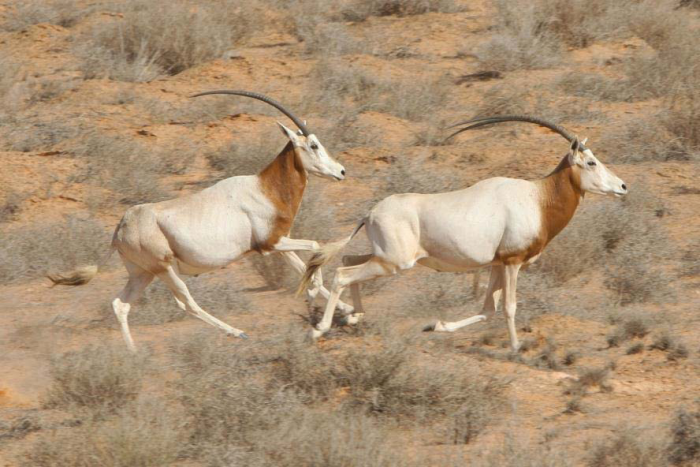 The Smithsonian is working with the government of Chad and the Sahara Conservation Fund to release the scimitar-horned oryx back to their native grasslands, where they have been extinct for more than 30 years. (Photo courtesy Smithsonian’s National Zoo and Conservation Biology Institute)

As the narratives around climate change grow increasingly dire, projects from across the Smithsonian give us reasons to stay hopeful. And initiatives like Earth Optimism and Conservation Commons remind us how important it is to do so. By focusing on what’s working, by disseminating these methods, by replicating best practices, we’re better equipped to face the drastic threats posed by global climate change.

Smithsonian success stories in conservation and sustainability are led by an inspiring vanguard of scientists and researchers. And increasingly, they’re made possible by the efforts of volunteers. In the past decade, the Smithsonian has benefited greatly from the rise of citizen science programs: a model where volunteers work with scientists to collect, research, and analyze data. 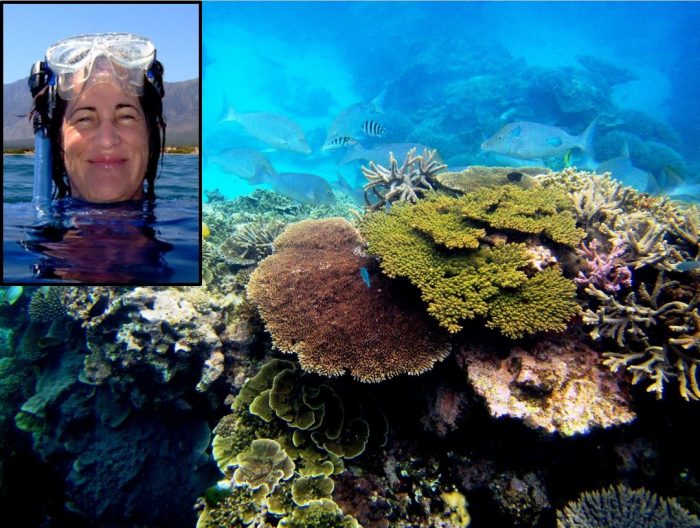 Mary Hagedorn is one of the world’s foremost experts on the preservation of coral reefs.

Individuals have enormous potential to make a difference, even in the face of global challenges. As many a researcher will tell you, the biggest breakthroughs often start with small and consistent tasks: observing a piece of a system; collecting a sample; taking a measurement.

The Smithsonian’s citizen science programs create platforms and opportunities for individuals across the nation and the globe to join a team and turn small steps into a sustainable future.

Since 2012, the eMammal project at SCBI has offered an online archive and data management system for researchers and volunteers to study wildlife. Volunteers can set up camera traps (hidden, motion-sensing cameras) to take pictures of mammals, and upload them to the cloud-based Smithsonian platform. There, these data are reviewed and studied by scientists and other volunteers to ask key questions in conservation biology.

“It’s a win-win,” says Dr. Bill McShea, a conservation ecologist at SCBI and the director of the eMammal project. “Scientists get data they could not get any other way, and volunteers get to become an integral part of something bigger and use that data themselves.” 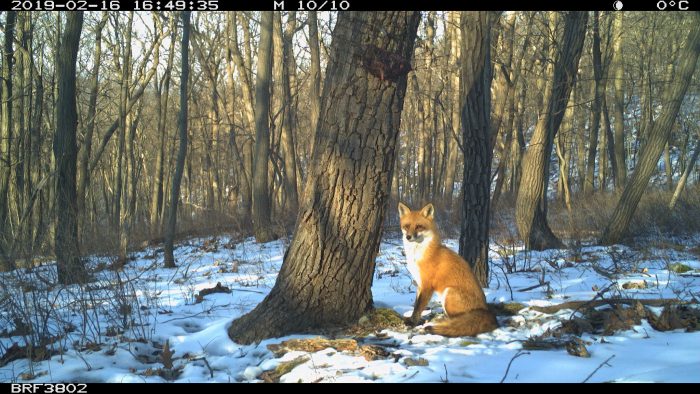 The program has grown significantly since its inception; the data set now includes over nine million images of mammals from around the world. That’s larger than the number of physical specimens for mammals in North America.

From school groups to retirees, volunteers of every age participate from all over the country. The platform even boasts international contributors. Once they’ve begun, volunteers tend to stick with it; eMammal’s retention rate exceeds 90%.

“I have more volunteers than I know what to do with!” McShea says.

Citizen scientists typically come to eMammal with a high level of interest and excitement. McShea and team have found that while volunteers see marginal increases in their knowledge about wildlife, the real difference is in the way they bring their interests back to their communities. After participating, volunteers tend to talk more with friends and family about wildlife and share their pictures on social media. 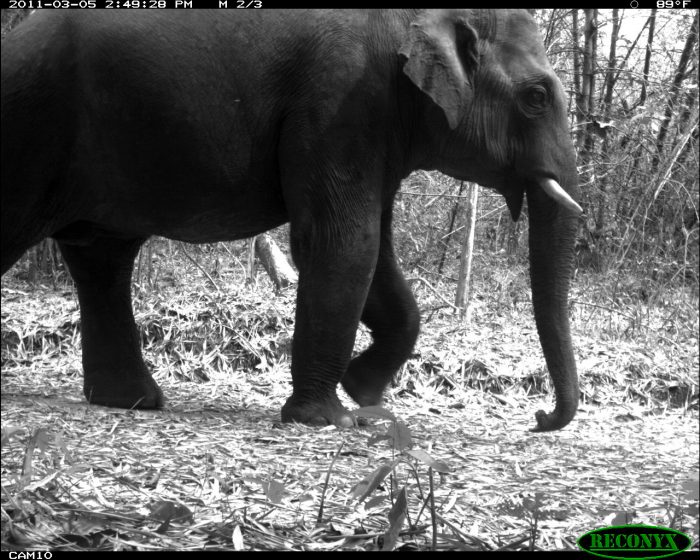 “We’re increasing their willingness to share their knowledge and their enthusiasm,” says McShea. “We’re giving our volunteers a platform to go out and change their communities.”

To match its successes as a volunteer program, eMammal has also filled an important role in mammalian data collection and analysis. In addition to providing large-scale, accessible samples to users anywhere, the repository allows scientists and volunteers to track animal sightings and behaviors over time, and understand how changing environments affect animal life. Users can choose any given collection site and compare the current data to archived materials from five or ten years ago.

“We are accumulating data from around the world and curating it in a way that it can serve as a baseline for years to come,” says McShea. “Who should do that but the Smithsonian? We’re the nation’s repository, and these camera trap images are the specimens of the future.”

With more than 600 regular volunteers, SERC runs a suite of citizen science programs, ranging from environmental archaeology digs to student-led native orchid conservation to invasive barnacles in the Chesapeake Bay.

“In traditional research, you’re often constrained by time, space and number of staff in what you can do. That really limits how much data you can collect and process,” she explains. “Our citizen science programs allow us to ask different kinds of questions and connect with the communities that we’re working in.”

For instance, the Chesapeake Bay Parasite Project was able to triple the number of sites studied when it transitioned to a volunteer science program. Scientists on this project are researching the parasitic barnacle Loxo that infects the white-fingered mud crab, an important native predator in the Chesapeake Bay ecosystem. Hundreds of volunteers across the Bay now collect environmental data and information about crab populations, including the number of crabs infected by Loxo. 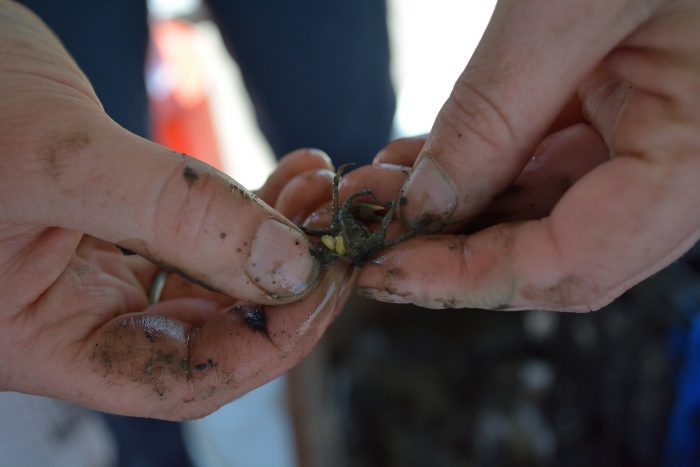 Thanks to these volunteers, this project now collects enough data to be statistically powerful and answer questions about how Loxo affects the native populations and the ecosystem.

SERC’s citizen science programs have two primary groups of volunteers: college students or recent graduates who want to test out working in environmental science, and recent retirees who want to dive in to new projects. SERC’s oldest volunteers are in their 80s, while the youngest are still in elementary school.

These school programs, like Orchids in the Classroom, have been met with great enthusiasm. In this project, Maryland middle school students participate in scientific experiments to test different methods for growing native orchids in their classrooms. Students work with SERC scientists to improve sustainability and conservation efforts for native orchids. After participating, 76% of the students reported that they were more interested in science.

“These students feel connected to this work and they have a real voice in it. It’s as much theirs as it is ours,” says Cawood. “We even changed our experiment protocols part way through because the students made observations that we hadn’t considered. They’re doing real, hands-on work.”

Citizen science programs have changed the way that SERC does research. When Cawood started, only two SERC labs worked directly with volunteers. Now all labs but one do.

“Working with volunteers is just awesome. They want to be involved, and they do an amazing job because of that,” says Cawood.

“We get to engage people who bring so many different voices and perspectives into the work. Ultimately, citizen science programs make our science and our conservation stronger.”

Volunteer Spotlight: Sarah Grady, Explorer of Past and Future Landscapes